Amalan is a multinational financial services company that operates in Indonesia, Malaysia, and Singapore. In July 2019, PT Amalan International Indonesia was listed on the OJK as the only fintech company specializing in easing borrower’s debt burden (or refinancing). As a newly established fintech startup, of course, a program to promote brotherhood and togetherness is needed to strengthen their teamwork. 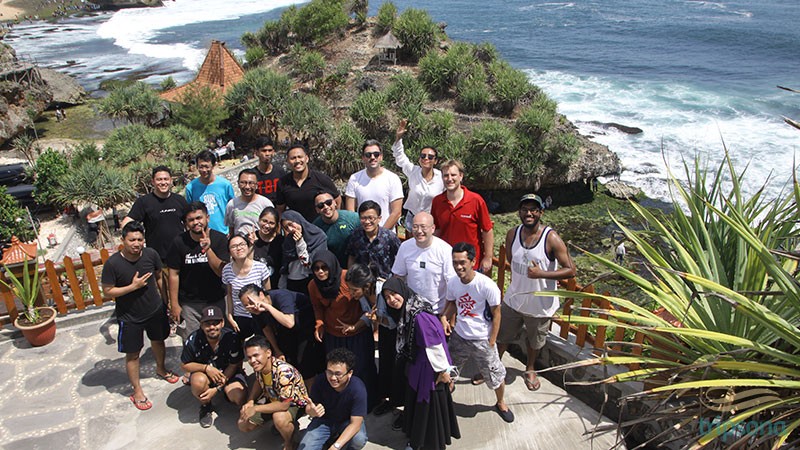 It is a pleasure for Tripsona to held this company outing event. The following are the main attractions that we had organized to refresh the body and soul of Amalan employees:

Tripsona that was born in December 2017, understands quite well how a startup struggles to establish itself from scratch. It can be conceived as climbing the mountain from the very bottom to the summit. Therefore, we chose Nglanggeran as one of the activities for the Amalan group. Trekking Nglanggeran is quite easy and only takes a short time. This activity is perfect for those of you who rarely move outdoors, to restore your mental and physical health. 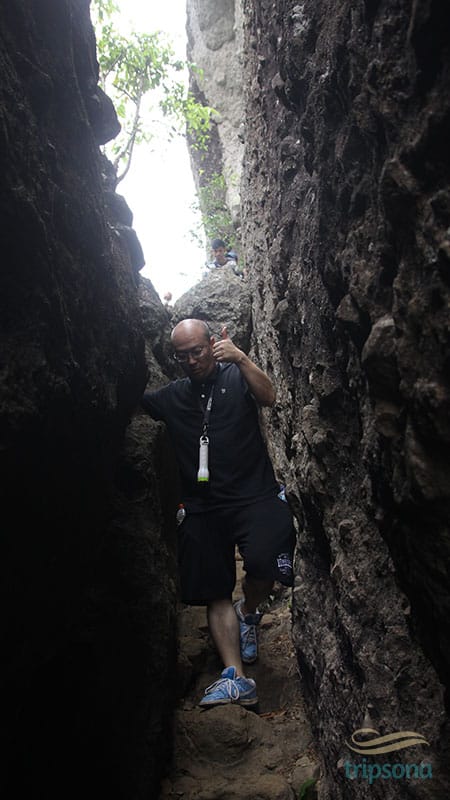 The group arrived early to see the sunrise at the top of Ancient Volcano Nglanggeran. After reaching the top, all the works were paid off. The group could saw the beautiful scenery despite cloudy weather since it was in the rainy season. 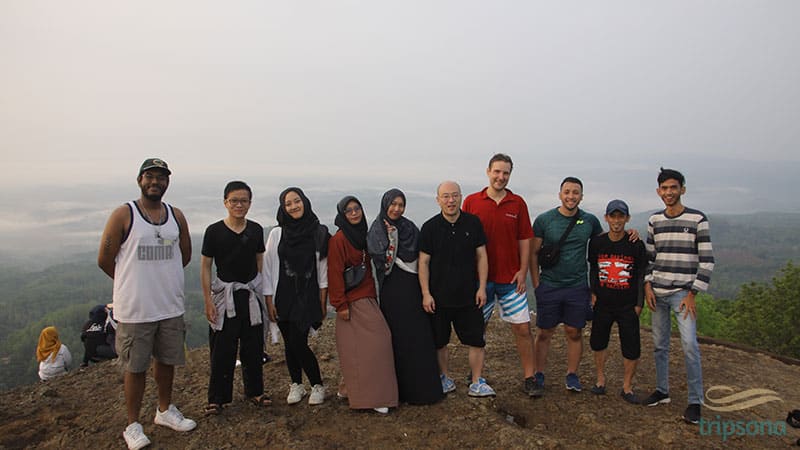 A modest party on the beach accompanied by a barbecue can only be found in Tripsona. Mbuluk Beach that is famous for creating peace of mind is suitable for the private gathering because it is not too crowded with visitors. In this event, the Amalan group was free to play, relax, take photos, selfies, eat, and drink as much as they could. 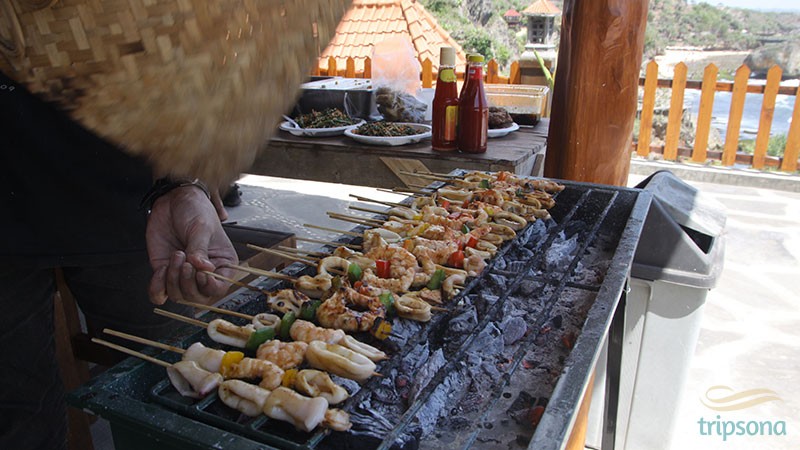 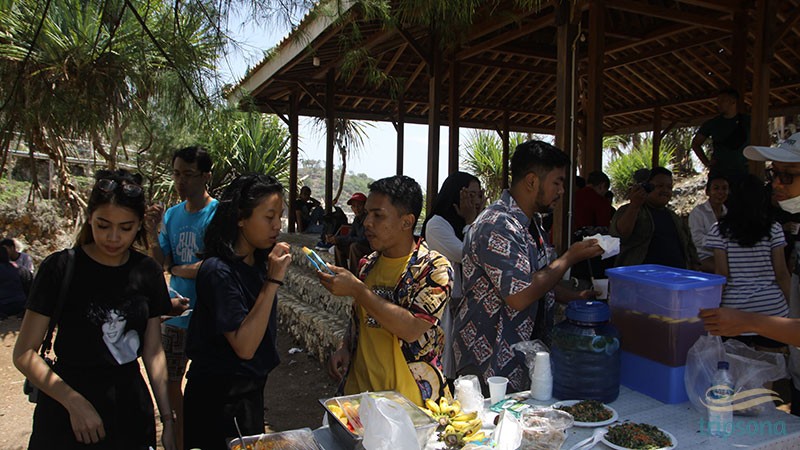 After enjoying the seafood barbeque prepared by Tripsona’s crew, and after satisfied by relaxing and taking pictures at the beach, the group then returned to the hotel in Yogyakarta. 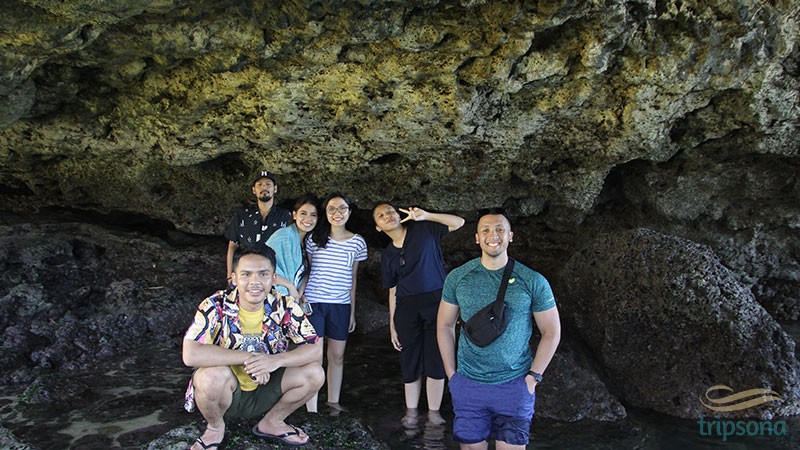 Thank you to PT Amalan International Indonesia for entrusting the company’s outing event to Tripsona. We truly hope that Amalan can become a prominent and successful company in the future. Continue to fight for your future, just like how we climb Nglanggeran together to reach the summit! Thank you to Mr. Arne, Mr. Yodhi, Ms. Erma, Mr. Agam, Ms. Nadia, and other parties who have played a role in this event whose names cannot be mentioned one by one. 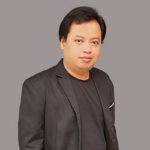 Enrico Libert, S.Si., MBA. is an entrepreneur enthusiast who has a myriad of achievements. After always getting the award as one of the best graduates at Universitas Gadjah Mada, both undergraduate and graduate, he then wanted to establish a startup company that employs local resources. This effort is expected to improve the economy of the local people of Yogyakarta and play a role in the betterment of Indonesia.

Enrico knew Mado since he was in high school, and was interested in Mado’s desire to be involved in the tour and event management business.Using his expertise in the fields of financial management, marketing, entrepreneurship and information technology, he is serious about developing Tripsona to become a world-class company. 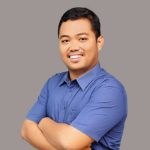 Gilang Ramado, S.E. is a traveling enthusiast and dedicated entrepreneur who finished his study in International Business Management Program at Atma Jaya University Yogyakarta. Since his young age, he already involved in managing and leading many organizations. He started learning his trade in business practices by heavily involved in managing his family business.

His journey with Tripsona started after spending one year traveling all around Australia and before that spending one year working in international hospitality company in Bali. That’s where he learns about his passion for traveling and tourism industry. Combining his vast local knowledge and international exposure on hospitality matters certainly raised Tripsona standard in service quality. 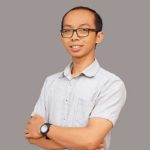 Dimas Dwinanda is a tour guide as well as a tour consultant who is the spearhead of Tripsona in the field. Equipped with fluent English, skillful in driving, friendly, communicative, and knowing the ins and outs of the city of Yogyakarta, he is a member of Tripsona who is very reliable in all situations.

Before joining Tripsona, Dimas had long been in the event organizer (EO) business in Yogyakarta. Dimas’s versatile abilities and the long history of working with Mado and Rico, enable Tripsona’s team to be more solid. If you are lucky, Dimas will be your tour guide on your trip with Tripsona. 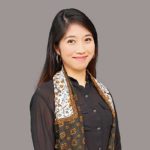 Amelia Panditanegara, B.Sc., MASc. is a person who cares deeply about the local community. After crossing overseas to complete an undergraduate program at APU Ritsumeikan Asia Pacific University (Japan) and a graduate program at the Australian National University (Australia), she did not forget her identity as a native of Yogyakarta. She wants Yogyakarta to be famous in the world.

Amel’s journey with Tripsona began with her encounter with Tripsona’s team at some event. Amel, who surprisingly is Mado’s friend from high school, then interested in becoming Tripsona’s PR in Japan and Australia. Of course with her extensive network, Tripsona will surely progress overseas.